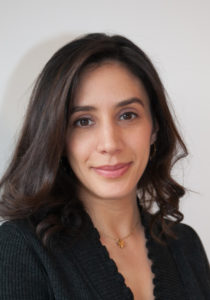 Cantor Mia Fram Davidson was invested as a cantor in 2007 by the Hebrew Union College – Jewish Institute of Religion (HUC-JIR) in New York. She grew up in Reston, Virginia, singing in the synagogue choir that her mother still directs. Cantor Davidson began to song lead in high school and later worked at URJ Camp Harlam and at URJ Kutz Camp as head song leader. She graduated summa cum laude from Duke University with a degree in music, concentrating in voice and piano performance, as well as a Jewish studies certificate. During her first three years of cantorial school, she served as student cantor at Temple Sinai in Washington, DC. Cantor Davidson initially joined the WRT clergy team in 2006 as cantorial intern and has continued to serve WRT, first as assistant cantor, then associate cantor, and now as adjunct cantor. Her particular areas of interest are creating connections for congregants with liturgical music and Israeli music, encouraging every worshiper to find his or her voice in prayer, and engaging young families in Jewish life and Jewish parenting. She lives in New York, NY, with her husband, Rabbi Joshua Davidson, and their two young daughters.